HONG KONG, Oct. 28, 2020 /PRNewswire/ — Luxury media group Tatler has launched a women’s platform called Front & Female, which aims to leverage on its core businesses of content and community building to play a bigger role in the global conversation on equality. 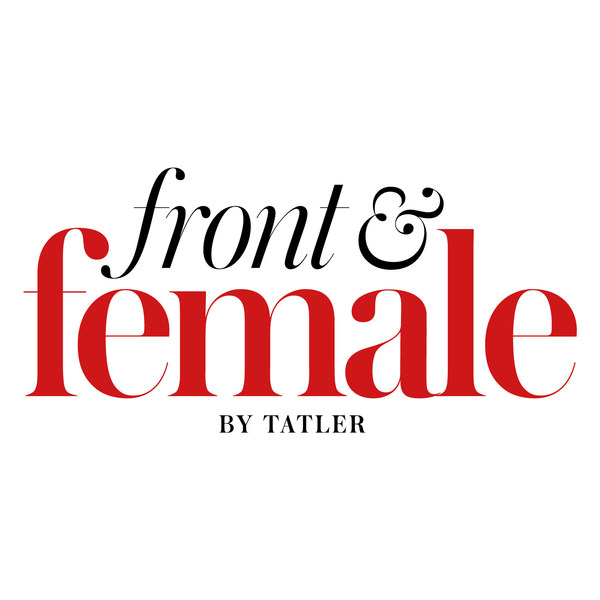 "Despite the enormous progress that has been made by the feminist movement, there are still huge gaps that we’ve yet to bridge, such as representation in politics and STEM, language and data bias, lack of female mentors and sponsors, the gender pay gap and more," says Tamara Lamunière, founder of Front & Female. "All of these issues create vicious cycles we need to break. One of the ways that can be addressed is to provide women resources and support structures that can empower and embolden them to aspire for and achieve more. That’s where Front & Female comes in."

Inspired by women who are the first and at the front of their fields, Front & Female is a resource for women to be their best selves, at home, in business, or in society, so they can be catalysts for the empowerment of others. It aims to bring like-minded women together to exchange ideas at roundtable discussions, with the goal of catalysing collaboration.

"We want to see the women we bring together take that relationship further by creating new ideas and initiatives," says Lamunière. The initiative has first launched in Hong Kong and will be rolling out across Asia in the coming months.

Front & Female tackles some of the most relevant topics to women today — from redefining feminism, embracing age, amplifying influence, parenting, body positivity and more. Guests are selected based on what they could contribute to the conversation. "Since our format is intimate and interactive, it’s important that everyone can bring something to the table. We also look at a mix of age, background, profession: the diversity of the group is important in order to showcase different views," says Lamunière.

Click on the links above for more information on the previous events.

Front & Female is the latest initiative in Tatler’s evolution. Since early 2020, Tatler, an Asian legacy brand since 1978, has been transforming from a traditional society magazine to a global media brand that focuses on power and influence in Asia with greater meaning and purpose, and on individuals from a greater cross-section of communities, industries and walks of life.

Other initiatives at Tatler has taken steps toward include greater involvement in social issues like equality and sustainability and areas like entrepreneurship and philanthropy through their new lists, magazine themes, online content, and events such as Generation T, its platform for millennial entrepreneurs and more recently, LGBTQ-themed content and activations. Tatler has also launched innovative products and experiences to support local businesses, such as Tatler House, reimagined events spaces, and United We Dine, a campaign to support the F&B industry. In tandem, it has also evolved in brand name, logo, content and design to be more modern & relevant; invested in significant hires; and is continually upgrading its digital infrastructure.

These initiatives are in support of Tatler’s mission promote and develop Asian identity, culture, society and business; to support local communities and individuals; and to play a key role in defining the future of the media industry.

"A truly inspiring, valuable and practical platform to connect women and to share our views in today’s fast changing world."

"Meeting with other female thought leaders helped me to broaden my horizons and adjust to this new normal."

"It was truly a privilege to have been included in such a special event. The conversation was inspiring, and the connection with inspirational local women leaders was so uplifting. Thank you for investing in relationships and a platform that bring hope — we all need it more than ever."

"This is truly the most inspiring and life changing experience I have had in a long time."

The Tatler Asia Group is the region’s leading luxury media company, producing some of the most iconic magazines, websites and experiences. Its flagship title, Tatler, established in 1978, now has editions in eight markets across Asia and is the most trusted brand to connect with influential consumers across the region. Tatler’s sub-brands include Tatler Dining, Tatler Homes, Generation T, Tatler House, Off Menu and more. Headquartered in Hong Kong, the Tatler Asia Group operates in Mainland China, Taiwan, Singapore, Malaysia and the Philippines, Thailand and Indonesia. It is fully owned by Switzerland’s Edipresse Group and the Lamunière family. For more information, visit https://tatlerasiagroup.com/