The Menarini Group Celebrates the Champions of Fair Play

FLORENCE, Italy, July 16, 2019 /PRNewswire/ — Two days dedicated to sport and the greater values of Fair Play. Last July the city of Florence hosted the XXIII^ edition of the International Fair Play Menarini Award: the annual event which celebrates those sporting champions who have stood out in the world of sports for the brilliant results attained whilst fully respecting the rules. 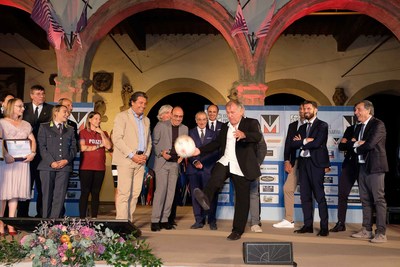 Zico with fellow winners of the XXIII^ edition of the International Fair Play Menarini Award.

Over the years, a great many sporting champions had been acknowledged for their Fair Play, but this year’s edition has been a very special one with a long list of champions covering a wide range of different sports, such as soccer player Zico (A Lifetime for Sport award), volleyball player Andrea Giani (Special Prize Sustenium Energy and Heart Award), Olympic runner Gabriela Szabo  (Life Model Award) and Russian gymnast Svetlana Khorkina (Star of Sport Award)  as well as many, many  others.

Pharmaceutical Group Menarini is title sponsor for the Fair Play Award and, further to the strong desire of the Group’s President, Eric Cornut, and Lucia and Alberto Giovanni Aleotti, Shareholders and Members of the Board of Menarini, has chosen to associate its name and mission to this important initiative.

"Through the sponsorship of the International Fair Play Menarini Award, a unique event within the world of sports, Menarini wishes to acknowledge the better values of sport, which may sometimes be overlooked when it comes to achieving one’s goals," commented Lucia and Alberto Giovanni Aleotti, Members of the Board of Menarini.  "Menarini wants to celebrate the ethical behaviour of these sporting champions with the hope that they will, in turn,  become an example for younger sportsmen and women, not only in sport, but in everyday life."

Take a look at the full list of  the winners of the XXIII^ edition of the International Fair Play Menarini Award:

About the Menarini Group

The Menarini Group is an Italian pharmaceutical company with a turnover of 3.667 billion Euro and more than 17,600 employees. With 16 manufacturing sites and 7 R&D centers, Menarini has a capillary presence in 136 countries. 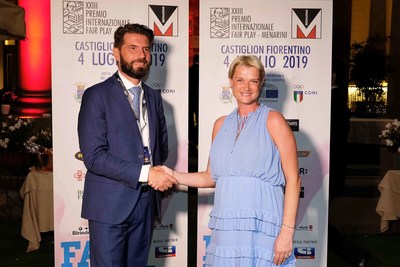 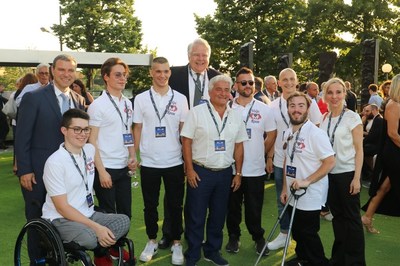