SEOUL, South Korea and LOS ANGELES, Sept. 4, 2019 /PRNewswire/ — If you are interested in Korea, one of the attractive countries in Asia, or if you are a vegetarian seeking healthy flavors, here are some good news for you. The Cultural Corps of Korean Buddhism will host an event that introduces Korean Templestay and Temple Food in Los Angeles, the United States. It will be the first time in nine years since 2010 to have a promotional event for Templestay and Temple Food in the City of Angeles. 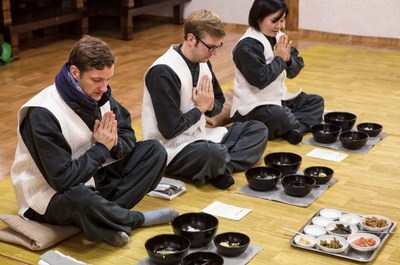 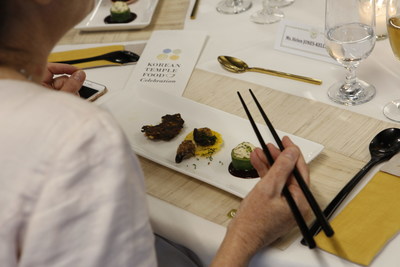 Templestay is a program for ordinary people to stay at a Buddhist temple while experiencing a day of a monk. Since it was firstly introduced in 2002 in Korea, Templestay has become one of the most popular traditional cultural experiences in Korea. So far around five million people around the world have participated it.

During the Korean Festival in Los Angeles to be held from September 26 through 29, the Cultural Corps of Korean Buddhism will run a promotional booth so that they provide visitors with chances to learn and experience Templestay and Temple Food. It will also offer visitors free hands-on programs, such as making paper lotus, a symbol of Buddhism, and making Danju, or Buddhist prayer beads.

In addition, on September 25, a presentation session organized by Korea Tourism Organization LA and Cultural Corps of Korean Buddhism will take place for United States-based travel agencies in a bid to provide more professional tour information on Templestay. It will be a good opportunity for American travel agencies that are looking to develop their tour programs to Korea with traditional cultural experiences connected to Templestay.

Various promotional events for healthy and well-balanced Korean Temple Food will also be organized. The first one is the Temple Food dinner hosted by Ven. Sun Jae, a master of Korean Temple Food. It is scheduled to take place at the LA Grand Hotel Downtown for two days from September 25 and 26 – the dinner event on September 25 co-hosted by Korean Cultural Center LA, Korea Tourism Organization LA and Cultural Corps of Korean Buddhism is for those from travel, culture and food industries, and the one on September 26 organized by Consulate General of the Republic of Korea in LA and Cultural Corps of Korean Buddhism is for a total of 100 VIPs, including political and diplomatic officials and media people. Temple Food cooking class and lectures will be given for famous American chefs on September 30 and for students of the Institute of Culinary Education on October 1.

For more information on Korea’s Templestay and Temple Food, visit their official websites at https://eng.templestay.com and http://eng.koreatemplefood.com, respectively.